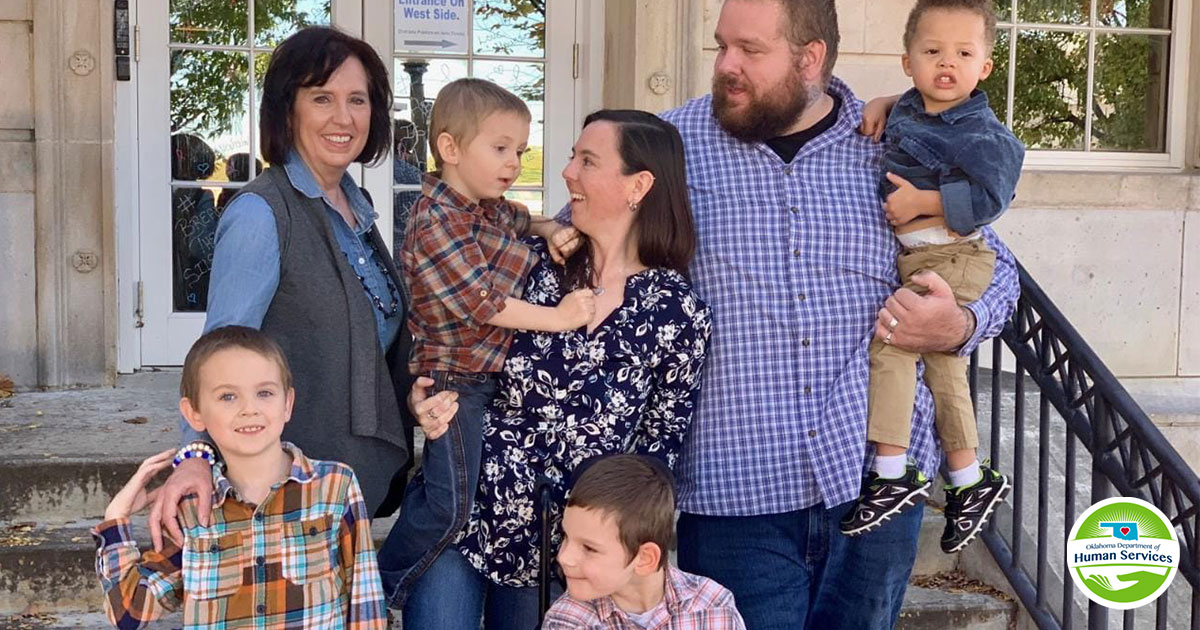 O’Hara Family Demonstrates There is a Family for Every Kid

Jeanette and Brad O’Hara knew as they started their foster care and adoption journey that they had a special place in their hearts for special kids – kids who were older or who had special medical or developmental needs.

With a background in physical therapy, Jeanette had the skills and training to offer love and supportive therapies for any child who might come into their home. Even though he was a bit skeptical at first and told Jeanette she could “do the medical stuff,” Brad quickly learned these skills too.

“Now there are some things he won’t even let me do,” Jeanette remarked with a chuckle.

The couple met 7-year-old Will in 2016 and it was love at first sight. They knew from the beginning that Will’s medical needs were terminal. But, they were also determined to be the ones with him at the end and promised that he would no longer be alone in a hospital, but instead surrounded by family and a community of people who loved him.

Will’s adoption transition worker, Taneal Mukes, says that she genuinely loves the O’Hara family, and has learned so much from them

Mukes had the pleasure of watching Will grow and thrive with the O’Hara family.

“When Will was in their home, I visited him pretty much every week and stayed to watch him get on the bus,” she recalls. “He was so happy to feel like a big boy, riding the bus and attending school with other children.”

Will was experiencing a very full life being in a home and surrounded by a huge family. He celebrated Halloween with two outfit changes – a Transformer and Buzz Lightyear, as well as Thanksgiving and Christmas. He celebrated Valentine’s Day with his family, and was adopted in the month of love, Feb. 2017. Having been ill for some time, Will’s adoption finalization took place in the hospital. Even so, the day was marked with a huge celebration, including a special adoption party right there in the hospital, just for him. Unexpectedly, Will passed away the next day. Not alone, as he had been before, but with his forever parents holding his hand and celebrating the life they had with their special boy.

After Will passed away, people asked me if we would continue,” said Jeanette. “But, we felt like kids like Will needed families of their own, and to be out of the hospital much sooner than Will was. We knew we could provide that for other children.”

Liam and Calvin, though not brothers, came to the O’Hara’s home later that year in the exact same week. Liam was four and had just become available for adoption. Calvin was an infant and was only going to be a short-term placement so the O’Hara’s could help him with rehabilitation and ensure he had the attachments and developmental supports he would need to thrive in his forever home. A couple years later, the O’Haras became that forever family for both Liam and Calvin who have thrived with the love and support they’ve found in this special family along with brothers Anson and Isaac.

This year, the O’Haras started a non-profit to share the kind of support their family has needed over the years. Named Will’s House, in memory of their son, Jeanette says their goal is to provide childcare and resources to families like theirs.

“I’m a heath care provider and a mom of kids with medical needs,” said Jeanette. “My goal is to support these families, so I did my business plan backwards starting with the families’ needs and working back from that.”

The couple says their recent news story with News On 6 has helped them network, and Jeanette stays busy offering child care and respite opportunities in their community so families can shop or go to work. She offers this support free of charge, unless the families want to make a donation to the nonprofit. In the meantime, she’s also busy working to find a home base for Will’s House, hoping to soon offer a setting so families like hers know they have a community-based support system for their children. To learn more about Will’s House, visit https://m.facebook.com/willshousetulsa.

“All kids need to grow up in a family setting,” said Jeanette. “Kids like ours aren’t always placed into homes quickly because of their medical needs, but they need to grow up outside of the hospital.

There’s only so much the state can do. People need to know Will’s story and that there really is a family for every kid. The important thing is that those families have the support of a village around them, and we’re trying to be that village.”

The O’Haras also wanted to offer encouragement to their OKDHS village.

“We were in the foster/adopt world for four years and have had incredible people, like Taneal, in our lives through OKDHS who have helped support our family,” said Jeanette. “What you do is a beautiful thing and you make a difference for these kids and their families.”

Oklahoma needs more families like the O’Haras to step forward to foster local children in state custody, particularly those with medical or developmental needs, those in large sibling groups and teens. To learn more, visit okfosters.org or call 1-800-376-9729.